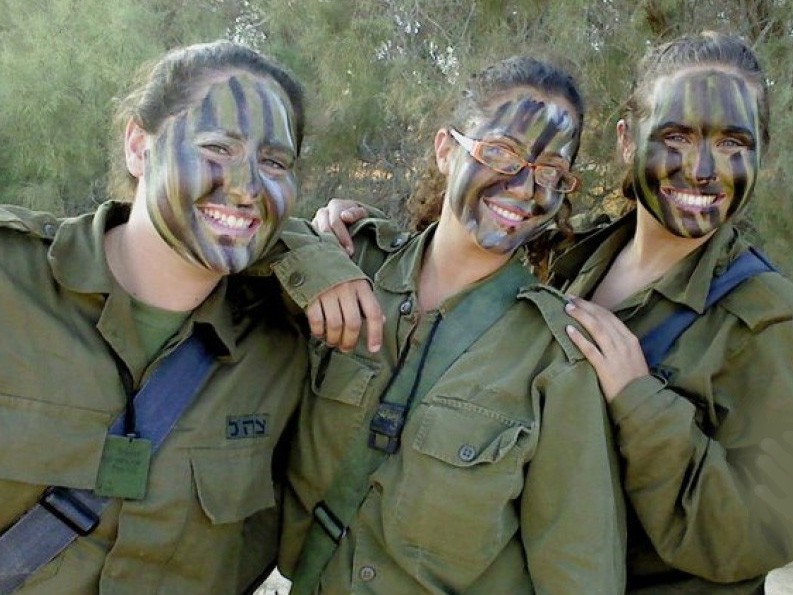 Israel Defense Forces (IDF) soldier Hannah Larson has a unique perspective on serving in the Israeli military given that she was born abroad. “As Israeli soldiers, we are creating a safe haven for Israelis, and for anyone that wants to come to Israel. We don’t just protect Israel, we protect Jews from all over the world.”

Hannah herself grew up in the U.S., in a family that imbued her with a love of Zionism.  “I always had the idea of moving to Israel and making Aliyah,” she says. “But I had never been and needed to see it for myself.”

Hannah saved up her money, learned Hebrew, and joined Sar-El, The National Project for Volunteers for Israel. It didn’t take her long after arriving in Israel to confirm that she’d been right about her hunch – at age 19, she was on her way to the Jewish State for good.

Jewish Federation was with Hannah during every step of her journey. Through Federation-supported Garin Tzabar (a program of The Jewish Agency for Israel), Hannah was able to make Aliyah and quickly integrate into her IDF combat intelligence unit.

Garin Tzabar also provided a home away from home for Hannah and other “Lone Soldiers” – those serving in the IDF without immediate family in Israel.

“I didn’t have family to come back to on weekends from the military,” she says. “Through Garin Tzabar, I spent my first two months in Israel living on a kibbutz. That provided me with a home and friends – an adopted family – to have Shabbat dinners with. It was really amazing.”

As her time in the military came to an end, the Federation-supported “Wings” program (also funded by the Jewish Agency) helped prepare Hannah for civilian life, while the Nativ program for new immigrants gave her an essential understanding of Jewish identity in Israel. She’s currently studying counterterrorism, and plans to remain involved in safeguarding the security of the Jewish State.

“Jewish Federation is the reason I made Aliyah. It’s the reason I plan on staying in Israel and building a family here,” Hannah says. “It has helped me make my way, and connected me with so many Israelis.”
Hannah – now one of those Israelis – tells of one family she lived with for a few months while searching for an apartment of her own. “They opened their home and their hearts. They took me in as if I was one of their kids. That ‘Israeli hug’ – that’s what made me stay here.”